If you’re looking for an amazing 6V battery with great capacity, this is the perfect battery for you.

In this article, we discuss the VMAXTANKS 6 Volt 225Ah battery: it’s applications along with its features in an attempt to understand if this is the best battery for you.

If you do not understand what 225Ah means, do not worry, we will be discussing that in a while in detail. But as of now, just know that this means that the battery has really high capacity and lasts a long time if you’re using it for applications such as your inverter, etc.

You may also be wondering that this is just a 6V battery and although the battery is amazing for a lot of cases, in some cases, you just need a 12V battery, right?

Well, don’t worry. All you need to do to get 12V is to connect two 6V batteries in series and you’re done. You can also add multiple such setups in parallel and get an overall  12V battery with an even higher capacity. However, if you plan on connecting multiple such batteries together, it is a good idea to invest in a battery management system for an additional layer of safety.

This battery is mainly meant to be used with inverters and solar cells, etc.

Let us discuss some of the features of this battery in detail.

The most amazing feature of the battery is the top class deep cycle capacity. Deep cycling means that the battery is designed to provide steady amounts of current for a really long period of time. Unlike car batteries which are designed to discharge a huge amount of electricity quickly, this battery is best for applications like solar panel batteries, marine batteries and in RVs.

The capacity of a deep cycle battery is measured in Amp-Hours, which is the number of hours the battery will last, providing a steady but fairly low amount of current.

The life of a deep cycle battery is determined by the type of appliances you use it to run. For example, if you’re drawing just 5A every hour, a 225Ah battery will last you about 45 hours, which is a lot.

Similarly, one disadvantage will also be that it’ll take equally longer to charge so if your battery dies for some reason, charging it can be really time-consuming.

One of the most popular technologies out there, this battery uses Absorbent Glass Mat technology. What this means is that the battery is completely sealed, unlike traditional batteries and there are no liquid electrolytes in the battery. The battery consists of a glass fibre mat containing the electrolyte that surrounds the lead plates.

This design lets you use your battery in any orientation without having to worry about spillage or leaking. AGM batteries are also fundamentally maintenance free as there is no need to replace the liquid inside the battery. AGM batteries have a longer battery life than traditional batteries and are also fairly affordable. This battery claims to have a battery life of anywhere between 8-10 years, which is amazing.

While the battery is an amazing piece of technology, it does come with some drawbacks. The major drawback would be that the battery is not good for cranking and thus it will not be economical for usage in vehicles as the starting battery. However, this battery can be used easily for powering the various electronics in which case it could be a great deal.

Secondly, this battery could be a bad deal for people who are looking for 12V batteries and can do with much lesser power. Although the battery offers 225Ah of capacity, the battery is priced quite high and if you do not require such power it could be a bad deal for you to invest in this battery as if you need 12V you’ll need two of these, which can be really pricey.

Are AGM batteries good for starting?

There are different types of AGM batteries. Not all of them are good for starting. For being a starting battery, the battery must have a high CCA and RC. Deep cycle batteries are not generally optimal for cranking as they are designed to discharge electricity slowly.

What is the best 6 volt golf cart battery?

There is no general answer for this as the requirement will greatly depend on your personal needs. However, the VMAXTANKS 6V 225AH battery is an excellent choice for a golf cart battery as it has amazing eep cycle functionality.

How long do AGM batteries last?

AGM batteries have longer battery life than traditional batteries. A good battery can last from anywhere between 5-10 years.

How long do 6v batteries last?

Usually 6V batteries last for less time than 12V batteries but it greatly depends on the type of battery and the battery capacity.

In this article, we have discussed the various features of the VMAXTANKS 6V 225 AH battery and it can be said that the battery is in fact really good for deep cycle purposes.

However, the battery is moderately expensive but has a good price to performance ratio.

The ideal applications for this battery would be solar panels, inverters, golf carts, etc. If used smartly with some additional accessories, the battery can also be used to replace a 12V battery with lower capacity.

The battery however, is not suitable for cranking and using it as a starting battery would be uneconomical. 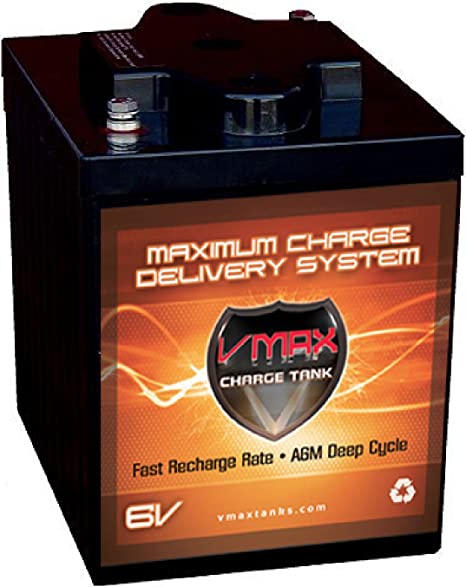 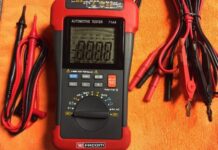 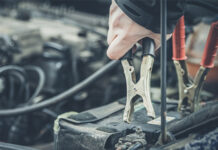 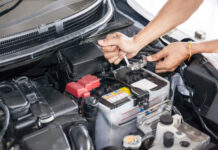 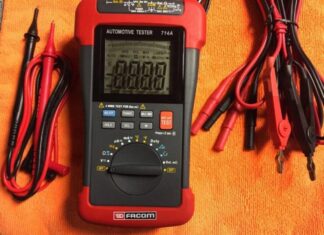